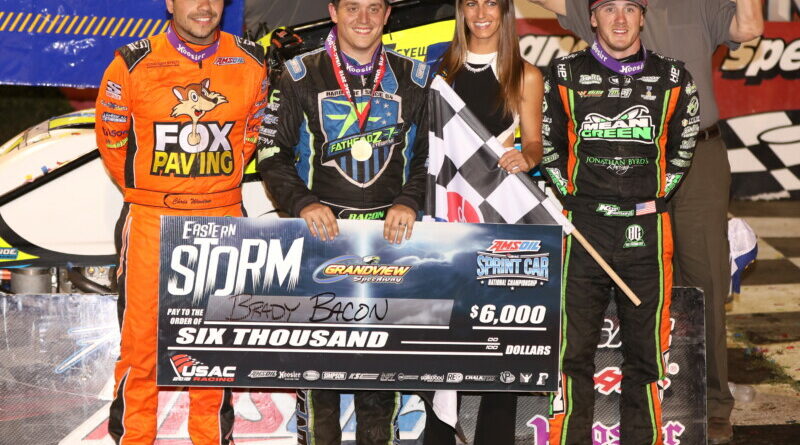 BECHTELSVILLE, PA APRIL 8, 2021 . . . . . Anticipation is high as the AMSOIL USAC National Non-Wing Sprint Series heads East with a stop at the Grandview Speedway as the Thunder on the Hill Racing Series opens its’ 32nd season on Thursday night, April 22. With three events in the books for the USAC National Tour, Kevin Thomas Jr., Justin Grant and Brady Bacon have found their way to victory lane, delivering three different winners in three events. Bacon, from Broken Arrow, OK is the point leader, with just a four point edge over Justin Grant. Bacon has a lot in his favor heading to “the Hill” on Thursday, April 22 as he looks to make it four Thunder on the Hill victories in a row at the Pennsylvania one-third mile oval.

NAPA Auto Parts presents the “Rub Rails & Rooster Tails 40” paying $6,000 to win the USAC main event. If you have never seen USAC at Grandview, it is truly a delight for any sprint car fan. The Thursday, April 22 star-filled event will showcase the nationally known drivers of the AMSOIL USAC National Non-Wing Sprint Series and the very popular Grandview Speedway 358 Modifieds. Qualifying for both divisions will get underway at 7:30 PM leading up to the “Rub Rails & Rooster Tails 40”, and the $3,000 to win 30 lap 358 modified feature.

And don’t forget, the USAC Non-Wing National Tour returns with the Eastern Storm and the Jesse Hockett Classic at Grandview Speedway on Tuesday night, June 15. 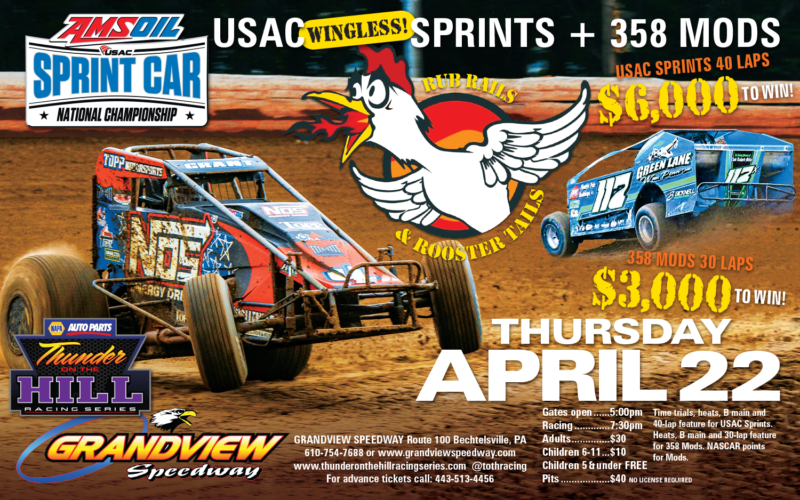